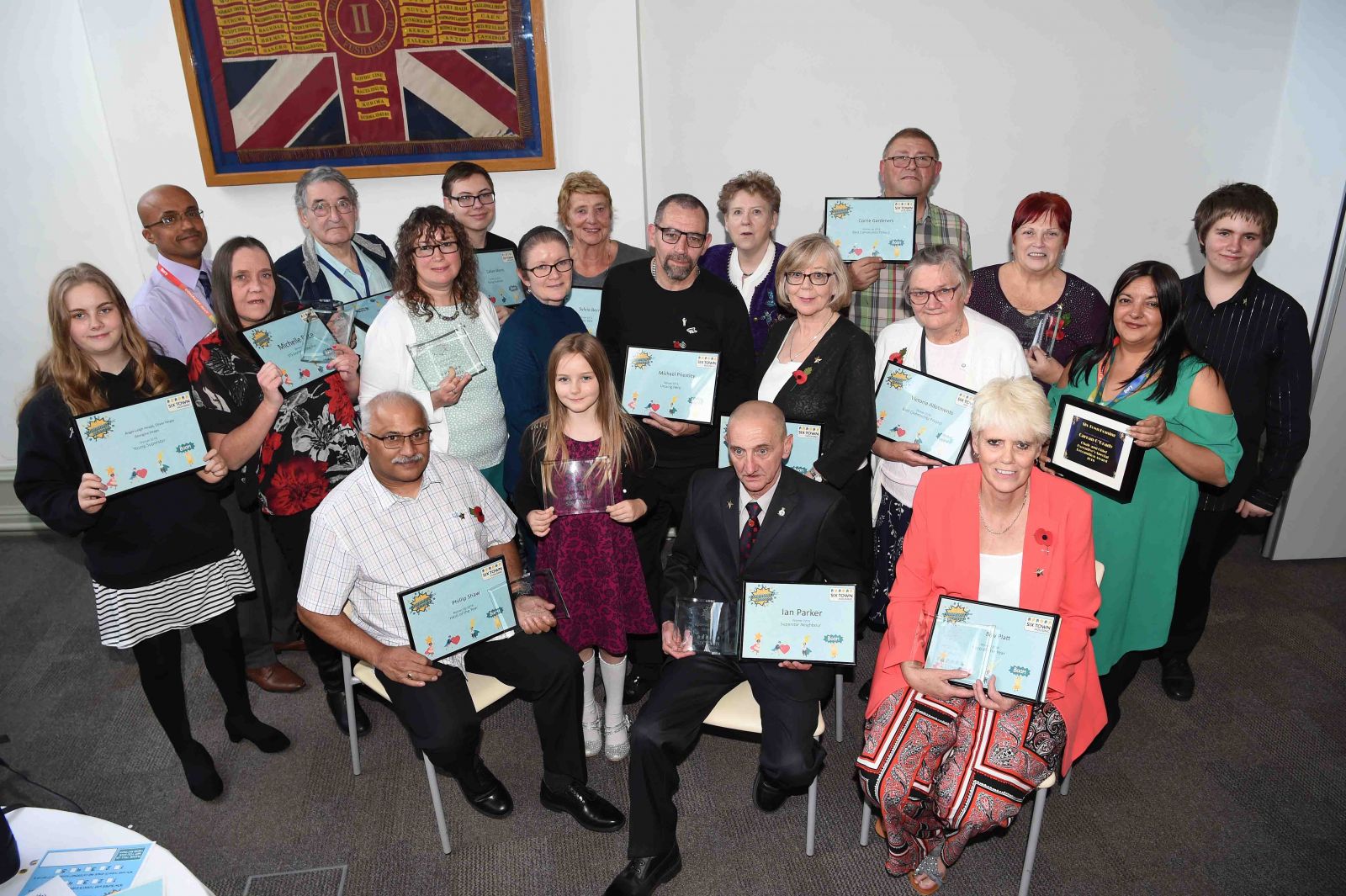 Six Town Housing hosted its annual awards ceremony this week, recognising local residents who go the extra mile to improve the lives of others in their communities.

Over 100 people attended the Community Heroes awards on Thursday 1st November at the Lancashire Fusiliers Museum in Bury to support their nominated neighbours and community members from across the borough.

The awards showcase those who live, work or volunteer within a property managed by Six Town Housing on behalf of Bury Council, and those making a difference delivering inspiring community projects and volunteering for Tenant and Resident Associations (TRAs).

This year, #WeBenefitBury, a local campaign aimed at challenging negative stereotyping of social housing tenants, featured heavily at the event. A #WeBenefitBury video was screened and there was an opportunity for attending tenants to have their say on the matter for future publication online.

Hugh Broadbent, Chair of Six Town Housing’s board, said, “This year we received nominations for 58 inspirational people or groups based in our  communities, who strive to make a difference to the lives of others. They are true heroes, and it goes to show that the negative image of council tenants often seen in media is just not representative of everyone. Six Town Housing’s tenants really do benefit Bury.”

Councillor Eamonn O’Brien, Bury’s Cabinet Member for Finance and Housing introduced the event. He said, “The Community Heroes Awards highlight the amazing things that happen within communities across the borough, which often get overlooked or taken for granted. These people change lives and help nurture and create welcoming communities. They deserve to be celebrated.” 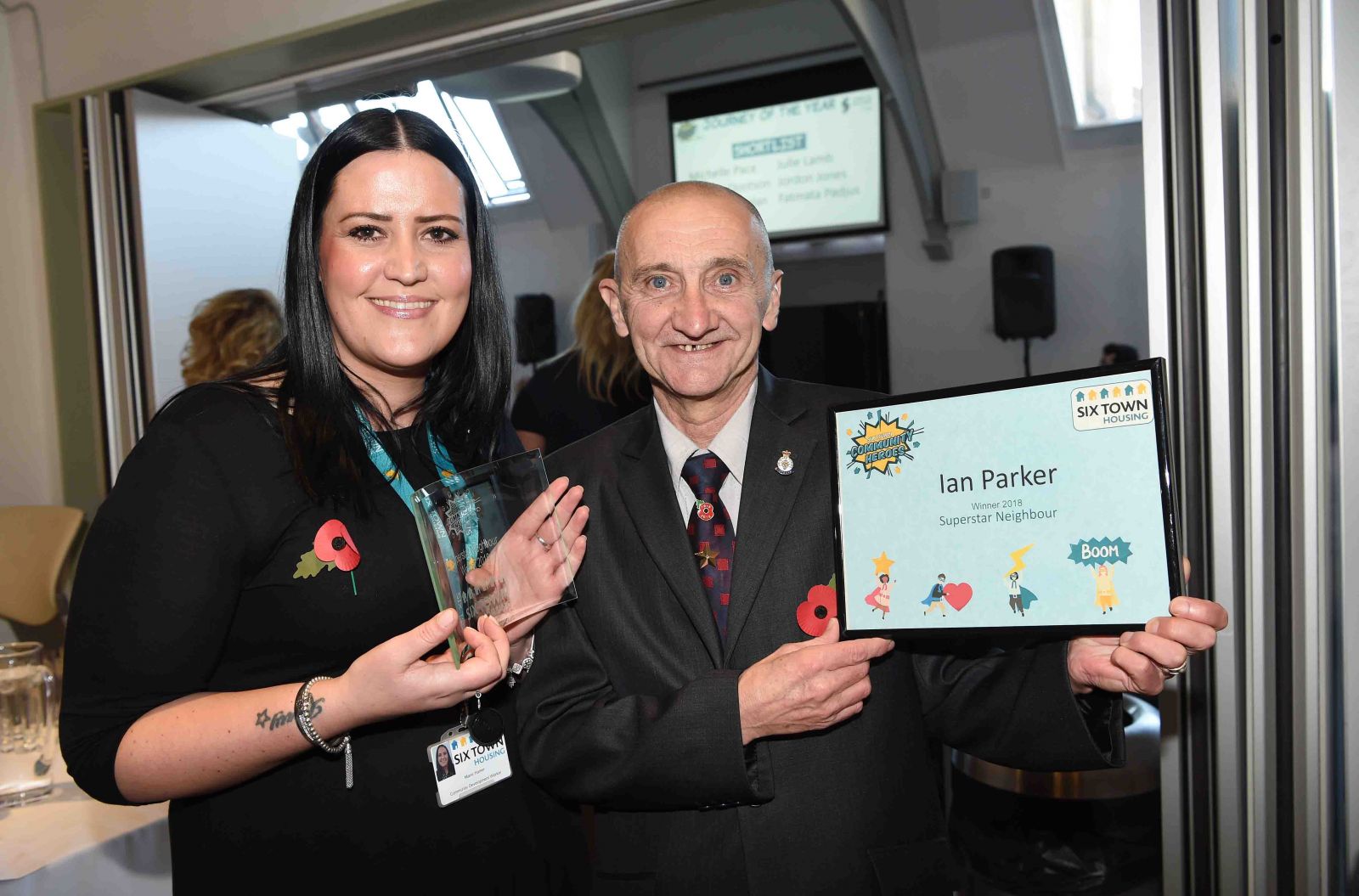 Ian works on the garden at Falcon House for other tenants, picks up shopping for neighbours, makes Sunday dinners in the communal lounge and carries out DIY jobs for neighbours.

Michelle accessed a Positive Steps course and hasn't looked back. She has volunteered for community centres, attended training, led on a popular summer activity programme and gained a new job.

Volunteers have raised funds to make an unused area into a space that can be used by their community and youth club, by securing external funding and selling home grown produce at a low cost to support the community. 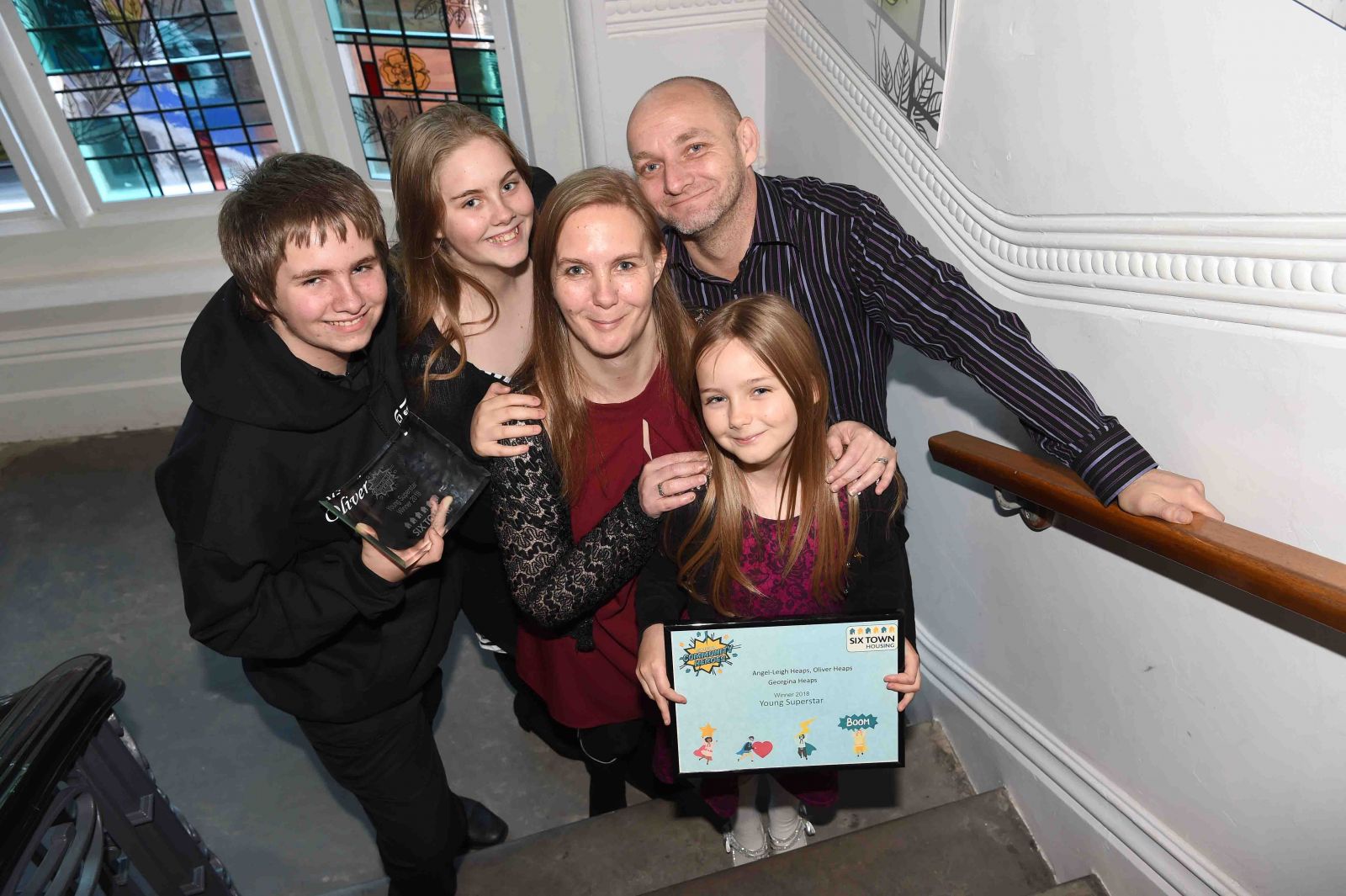 As youth ambassadors for Chesham Fold TRA in Bury, all 3 support and arrange community events. They have also won successful pitches to raise funds for projects. 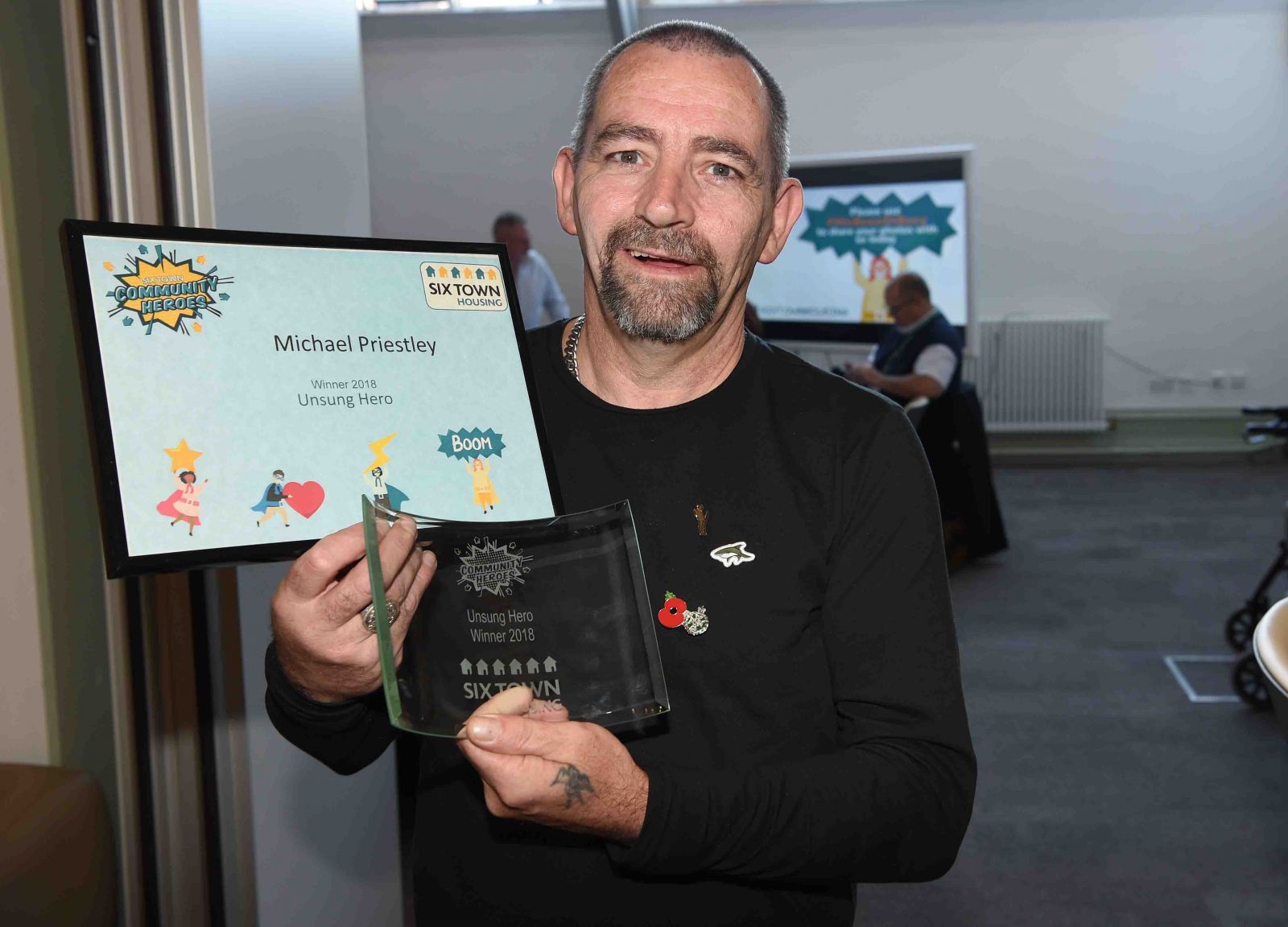 Michael set up a charity providing hot meals and a place people can talk about issues. It is all run on donations and out of Michael's own pocket. Around 20 people attend every Tuesday and Wednesday.

Sylvia has been on Chapelfield TRA's committee for over 7 years and been their treasurer for 2. She is part of Six Town Housing's Customer Review Group and is passionate at voicing tenant’s concerns and working together to make improvements.

As Chair of Topping Fold TRA, Bev has worked with Six Town Housing staff to establish a drop-in centre for local people with addictions. She was also key in arranging a homeless drop-in that has helped rehome people. More recently she applied to take over a local library and turn it back into a community resource

This year, for the first time, Six Town Housing staff could be nominated for the work they deliver in communities. Tunji won the award for handling a difficult and sensitive community situation, liaising with tenants, the police and other government services to achieve a successful outcome.

Carran works with tenant-led Customer Groups and influences delivery of customer service within Six Town Housing. She received the award for building relationships inside and outside the company and her genuine interest in improving the lives of tenants.

Journey Of The Year
Jordan Jones

Hero Of The Year
Philip Shaw