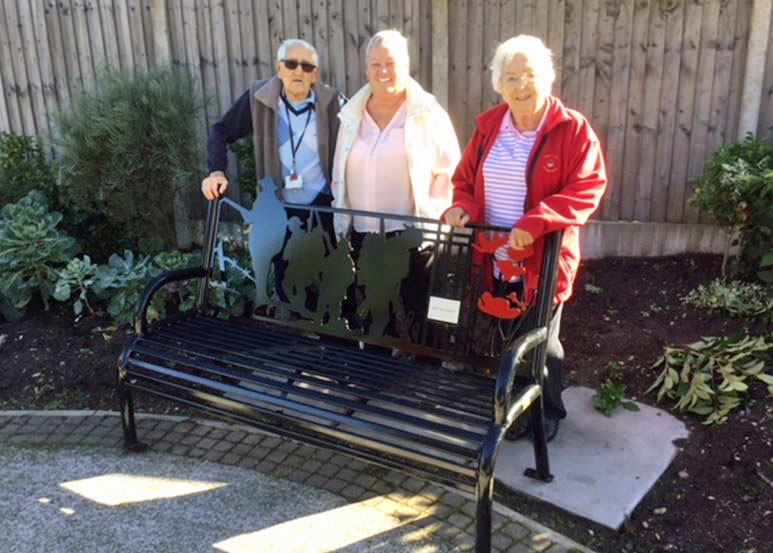 A bench to commemorate those who fell in the First World War has been fitted within the gardens at Red Bank Extra Care Scheme in Radcliffe, following local donations and a successful funding bid.

Local resident Tina Horn raised funds with the support of friends and contacts in the local community and also made a successful bid with the support of Six Town Housing staff. The bid, made to Ambition For Ageing, helped pay for the cost of transporting the bespoke bench from Scotland.

The bench has been installed on the 100th anniversary of the war's end.

Tina said, “The bench has been fitted not only to remember the soldiers lost in the war, but also for the people who have died at Red Bank. Six Town Housing staff fitted it on secure flags in an area where three residents that volunteer in the garden have further plans to plant memorial poppies and forget-me-nots. Residents have said it’s lovely.”