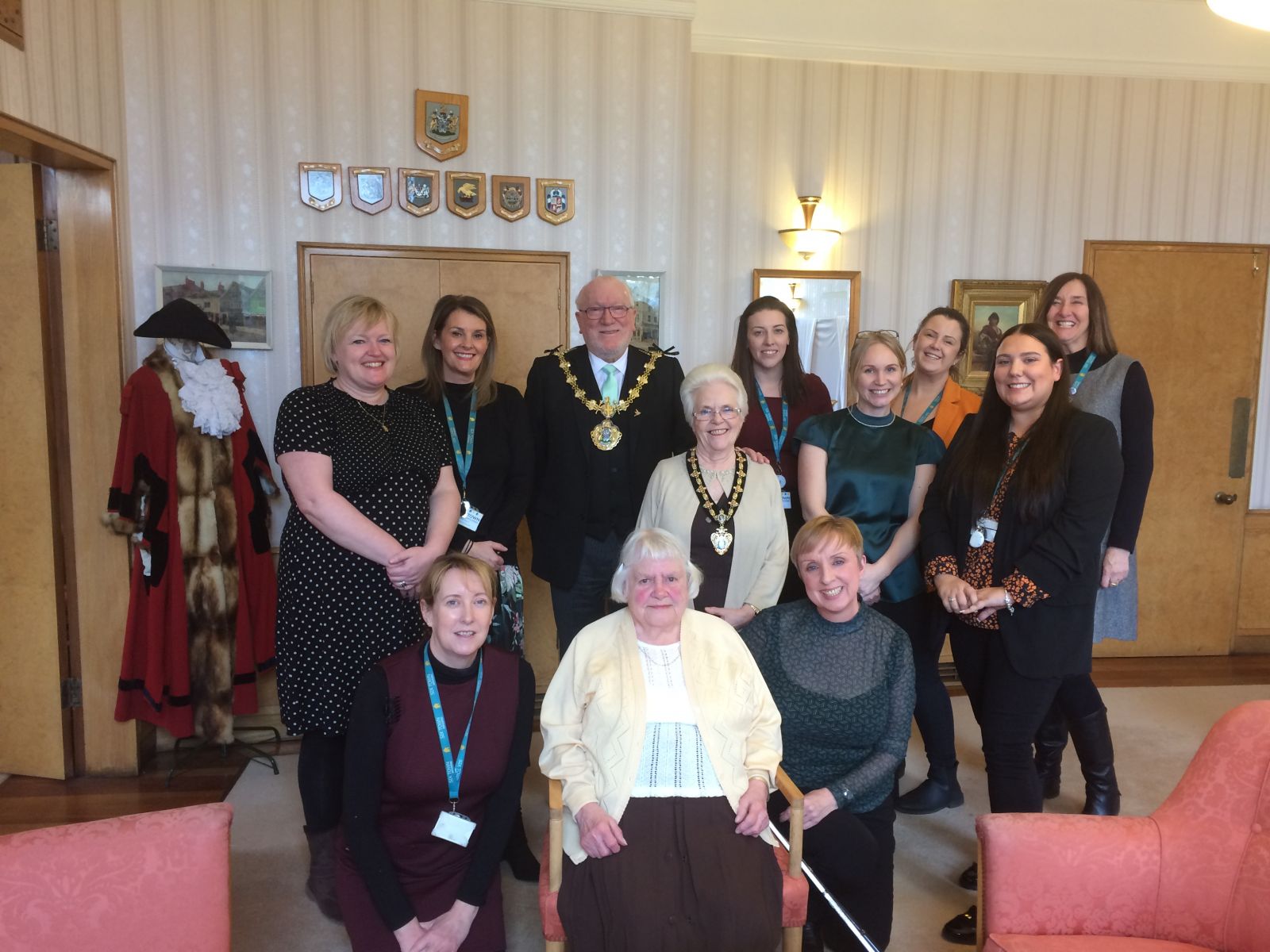 Maureen moved into her council house when she was 18 months old. It was her family home during and after World War Two and is the house she still lives in today after she inherited the tenancy from her parents.

Due to Maureen’s long tenancy, she was invited as a special guest to Six Town Housing’s Summer Roadshow last year, when they celebrated the 100th anniversary of council housing. It was here that she first met and spoke to the Mayor of Bury, Trevor Holt.

The group’s afternoon at the Mayor’s parlour was spent discussing Maureen’s youth in the borough, such as where she would go dancing as a young adult. She also recalled her time during the war, when the house’s back door was blown off due to a bomb that was dropped.

The Mayor’s Attendant also showed the group the Mace of Bury and let them try on the Mayoral hat. 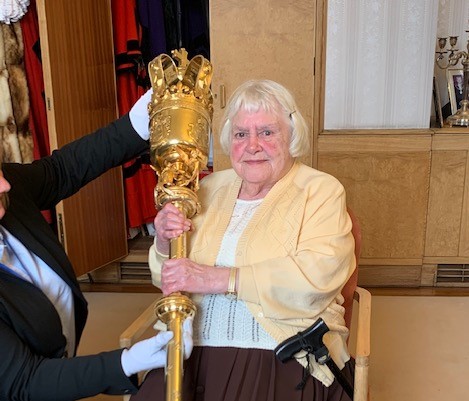 Sharon McCambridge, Chief Executive, said, “It was lovely to spend time with Maureen, who has lived in the borough for so long and has such a sense of community. We’re all very grateful for the Mayor and Mayoress inviting us for afternoon tea, everyone had a great time."