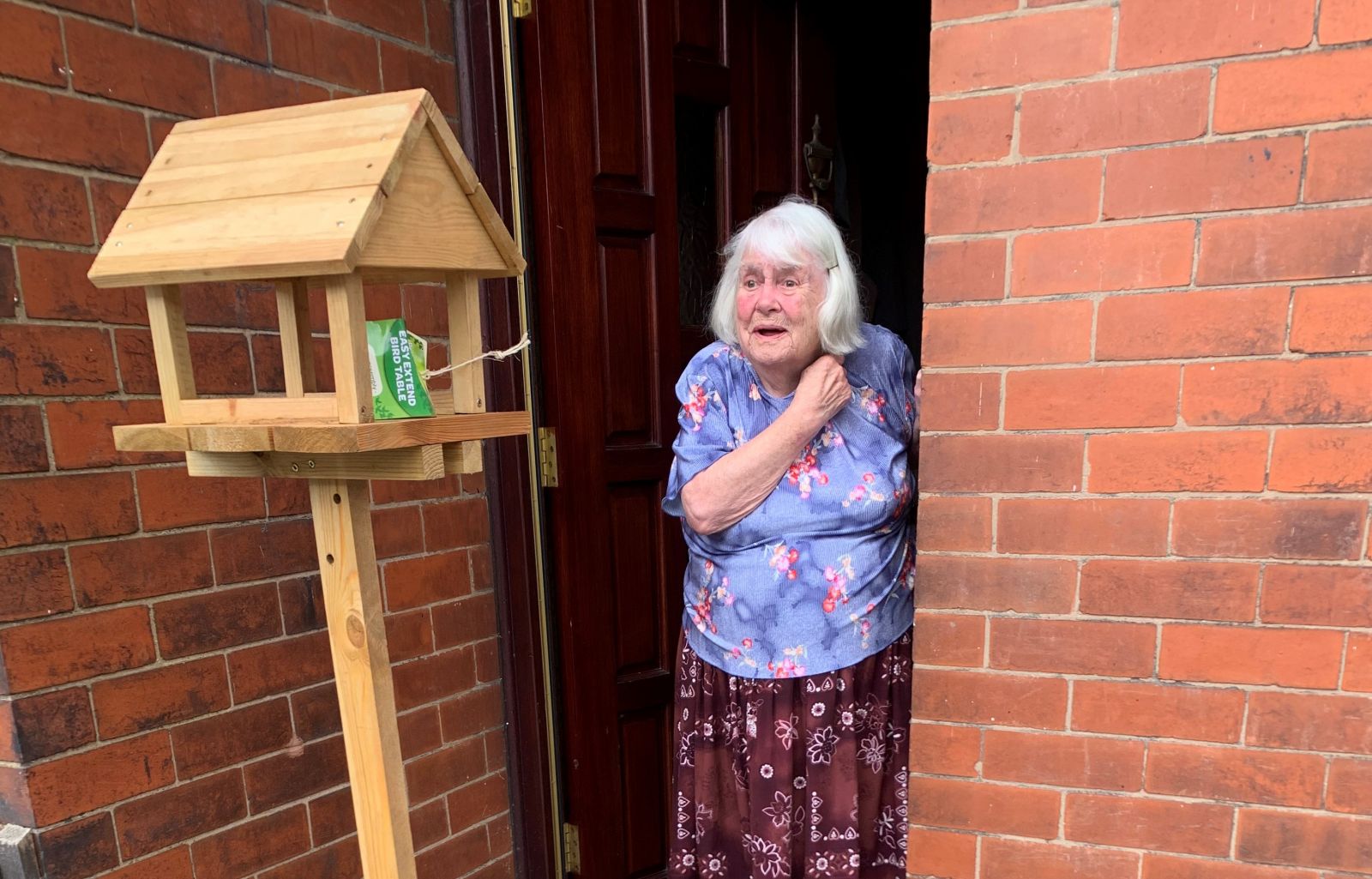 Last week, Six Town Housing marked the 90th birthday of their longest standing tenant, Maureen, who moved into her council property in 1931 when she was just 18 months old.

Six Town Housing staff paid Maureen a visit to gift her a bird table, cake and card as she’d also helped them with celebrations for the 100th anniversary of council housing. The bird table was selected after he previously told staff she liked feeding the birds but didn't like the local cats chasing them.

One of her neighbours has been going shopping for Maureen to support her during the lockdown. After informing another neighbour it was Maureen's 90th birthday, they brought her a homemade birthday cake and wished her many happy returns. Maureen enjoyed a small  slice after her tea to celebrate.

Maureen said, "Thank you to Six Town Housing. The visit and gift has made my day, it’s really appreciated."

Steph Brimelow, Community Development Worker at Six Town Housing, said, “It was lovely to surprise Maureen on her birthday and show her how grateful we are of her as our longest standing tenant. We also wanted to show Maureen our gratitude as she helped us when she was interviewed for a video about what it was like growing up in her home and neighbourhood during the Second World War