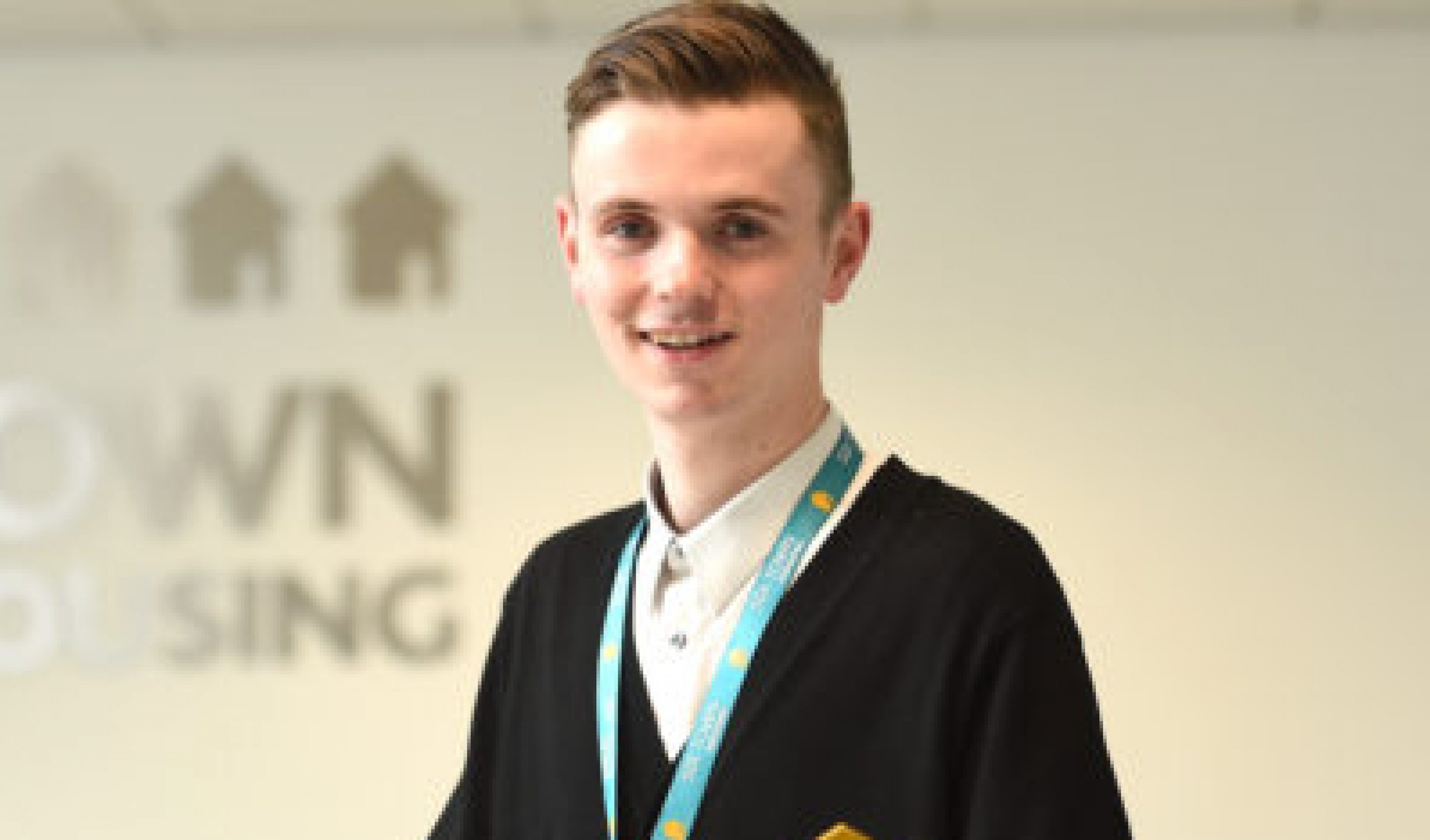 A 20 year old from Bury, who struggled to find work and experienced depression, accessed free support which has led to an apprenticeship and two award nominations.

Ryan Smith lives with both parents and two siblings. He helps support his family at home due to health difficulties, and was struggling to balance this with finding a job. He also had some difficulties fitting in at school, and experienced some bullying. This affected him significantly resulting in problems with his confidence.

During a tenancy visit to his home by Six Town Housing, who manage Bury Council’s housing stock, Ryan heard about their free service Steps To Success (STS). STS helps tenant’s access placements and apprenticeships, and provides workshops to help increase their employability.

He attended a workshop to find out more and was later offered free mentoring and a 6 week work placement at Six Town Housing, assisting with marketing and communications activity within their neighbourhood’s team. Ryan’s positive attitude and video production skills were so impressive, that he was then able to access a two year apprenticeship at the company.

The apprenticeship led to Ryan being recognised as Apprentice Of The Year at the National Federation of ALMOs Awards in Birmingham on April 2016, a ceremony that celebrates social housing tenants, communities and the work of the organisations that manage their properties. Ryan also picked up the Rising Star accolade at The Prince’s Trust & Samsung Celebrate Success Awards in 2015.

The apprenticeship also led to Ryan being shortlisted for the Most Inspiring Young Tenant category at the Northern Silver Screen Awards in 2016. The category celebrates tenants who are an inspiration in their community.

Ryan said: “Six Town Housing has changed my life massively. Before I was unemployed, not used to a routine and had no money. Now I’ve a career, a life and everything to look forward to.”

Maria Worthington, Business Manager for Neighbourhoods at Six Town Housing, said: “Ryan is really making the most of his apprenticeship and we are so proud this has been recognised at the awards. He has become an ambassador for very service he has received support from.”