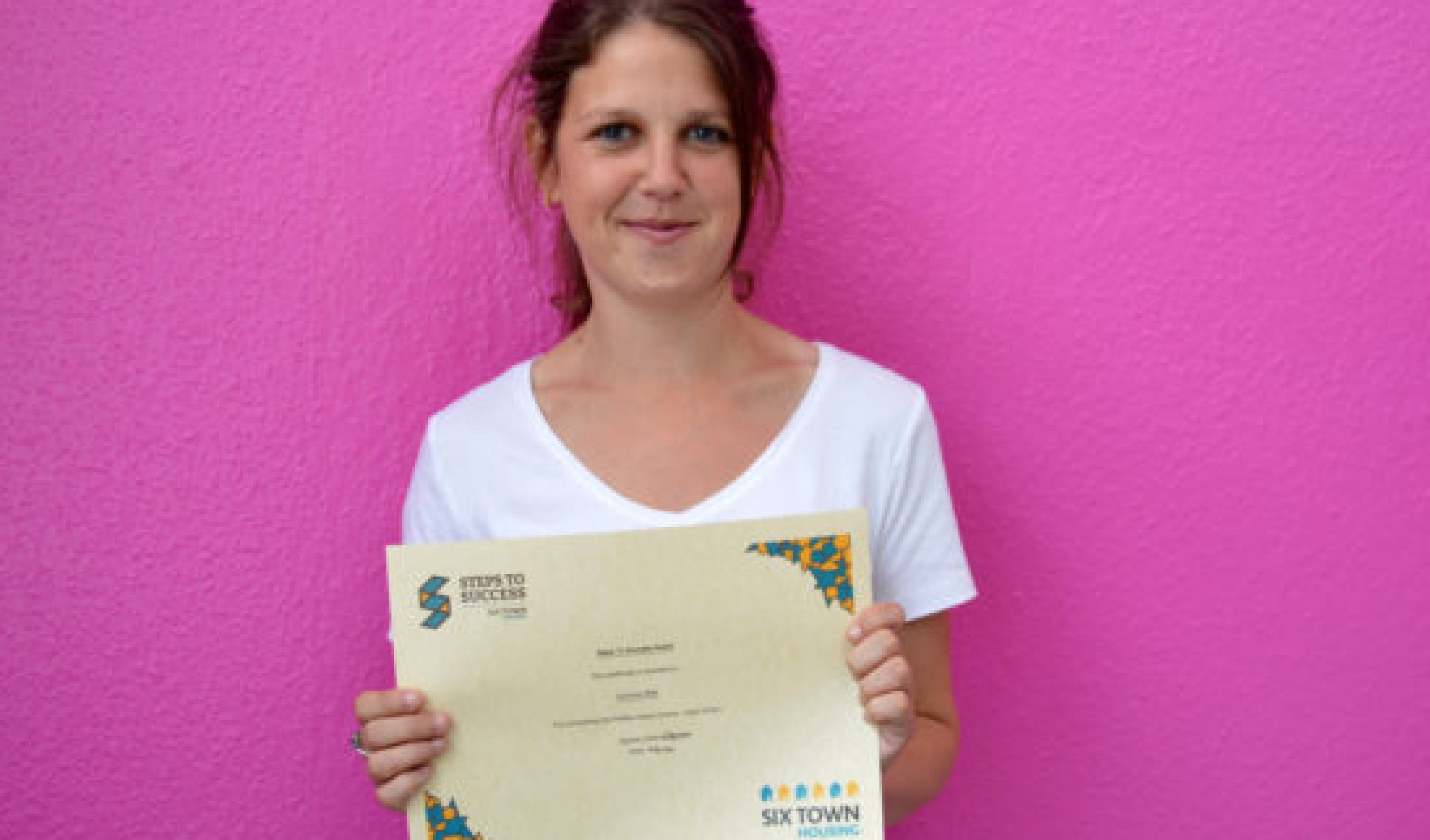 Summer has been working with Six Town Housing as an Admin Neighbourhood Worker since the beginning of 2017. A mum of 3, Summer balances working part time and raising her children who are all under the age of 10.

Summer first heard about Steps To Success (S2S) through the advice of her Neighbourhood Community Advisor, who was carrying out a tenancy visit at her property in which Summer mentioned she was currently unemployed but interested in working. With Summer’s permission, her Advisor passed her details onto her Community Development Worker, Kirsty, who was about to run a free course at Chesham Fold Community Centre focussed on gaining job skills and boosting personal confidence. Summer attended the week long course, which she thoroughly enjoyed as this experience gave her a boost and helped get her out of the house.

After completing this course, Kirsty worked closely with Summer, coaching her on improving her CV, and developing her interview skills.in September 2016 a part time Admin position became available at Six Town Housing. With the help of Keri, an Employment Officer at Six Town Housing, Summer prepped herself for the interview and shortly after was told she had secured the job.

Nearly two months later, Summer has settled in well with her fellow colleagues and has learnt a variety of administration skills. Summer says, “The opportunity was perfect for me, I have secured a job that has given me more confidence, I have made friends and have a career. I would recommend this opportunity to any other Six Town Housing tenant who is a working parent, so they know there are varied roles out there to suit you. I’ve found that it’s possible to be both a parent and work.”

If you are a Six Town Housing tenant and would like to create your own Success Story, please register your details now and we will be in touch.